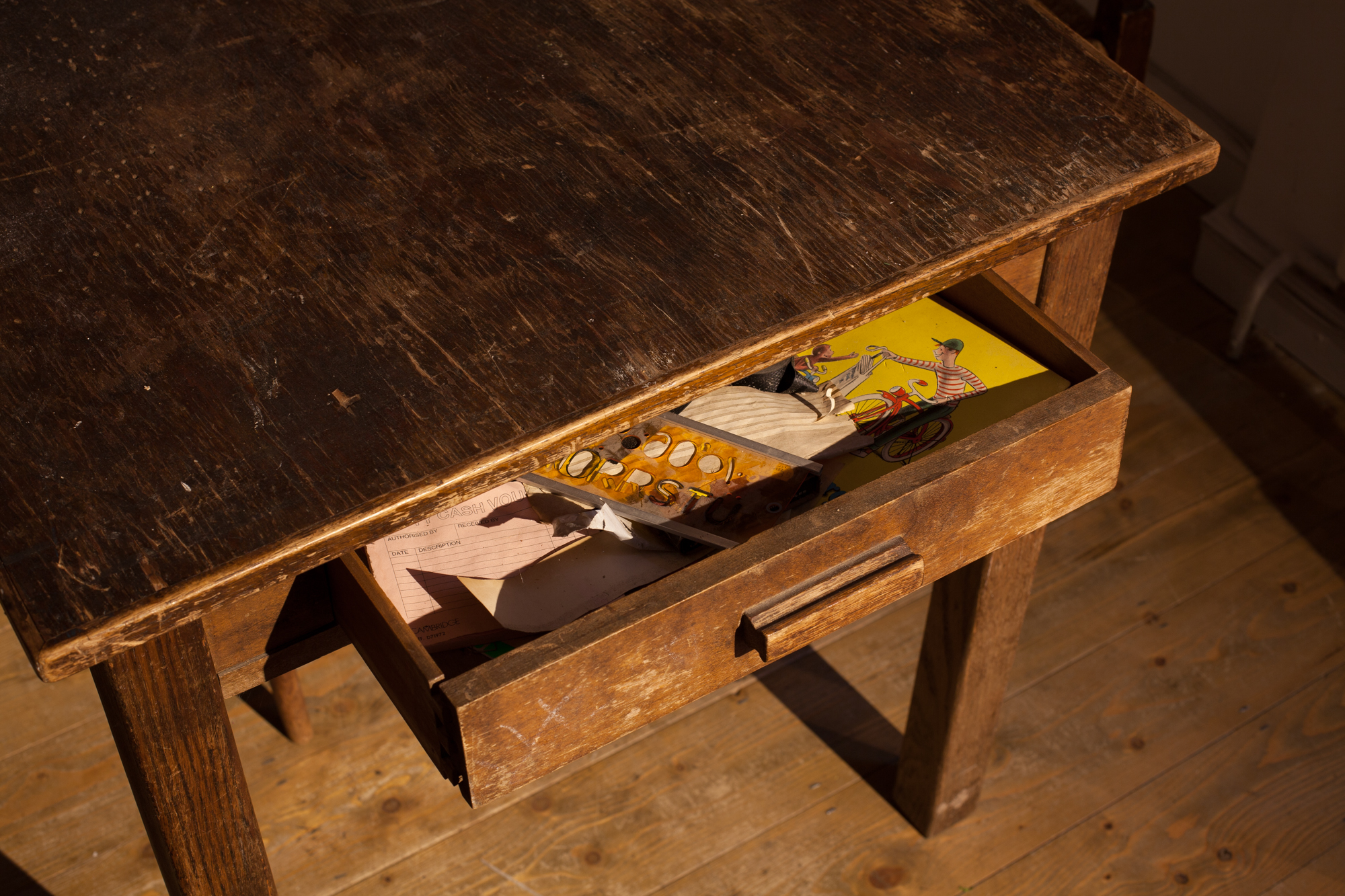 ‘ … It was a stationery drawer, but his guesswork had been almost entirely wrong. The imagined list of objects, a moment ago an array of potent presences in the room, instantaneously dematerialised as mere conjecture. Dr Sinclair silently replaced the items, slid the drawer back in, then moved the desk against the wall. He surmised that the drawer had a peculiarly clandestine way of being; suspended within a meta-structure, like a deeply nested fiction, it was inclined to partially conceal itself within another object. He concluded that his initial assessment of the drawer’s suspicious character had been entirely correct.’

from The Fabricator’s Tale by Katrina Palmer, Book Works, London 2014 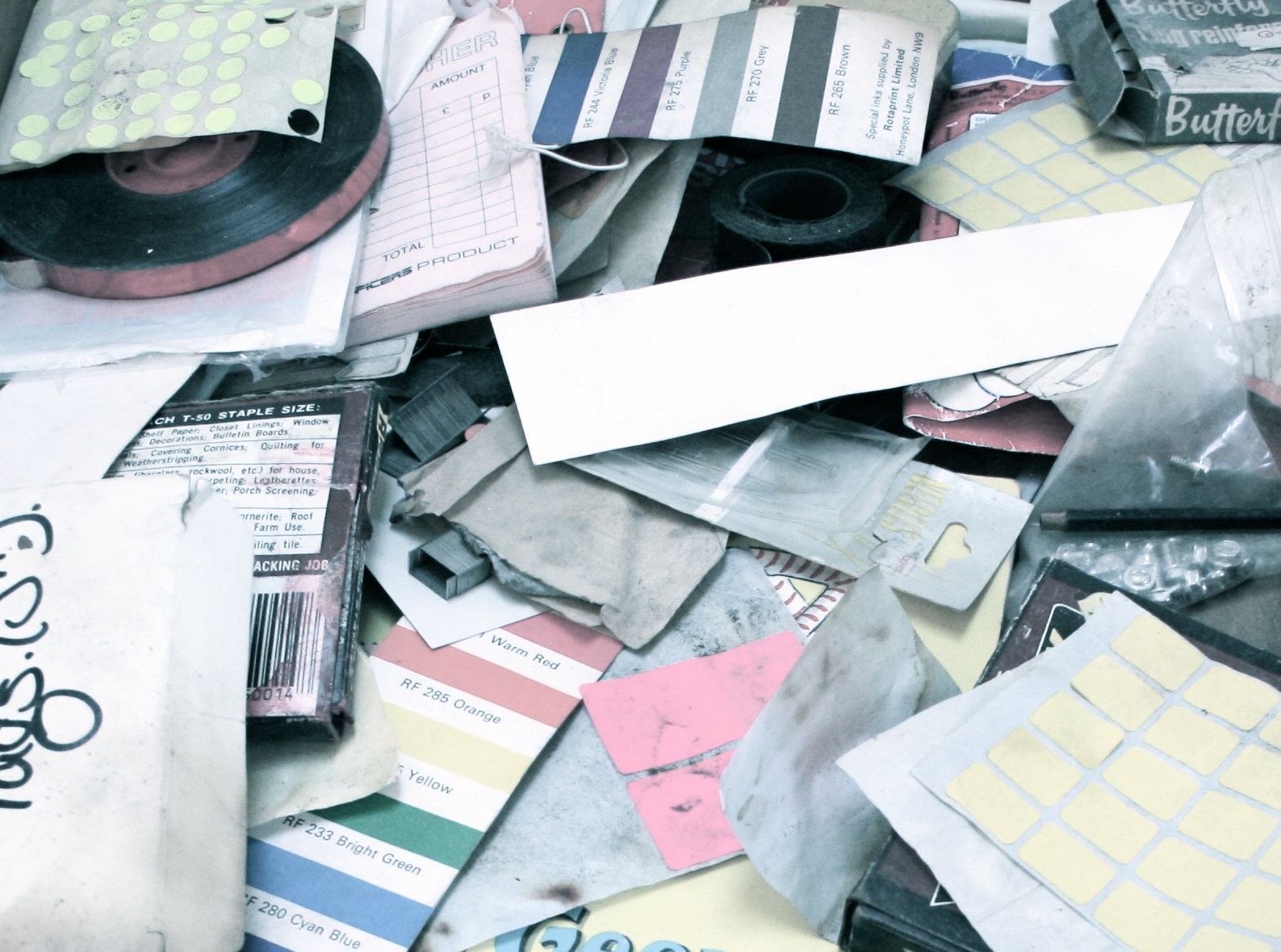 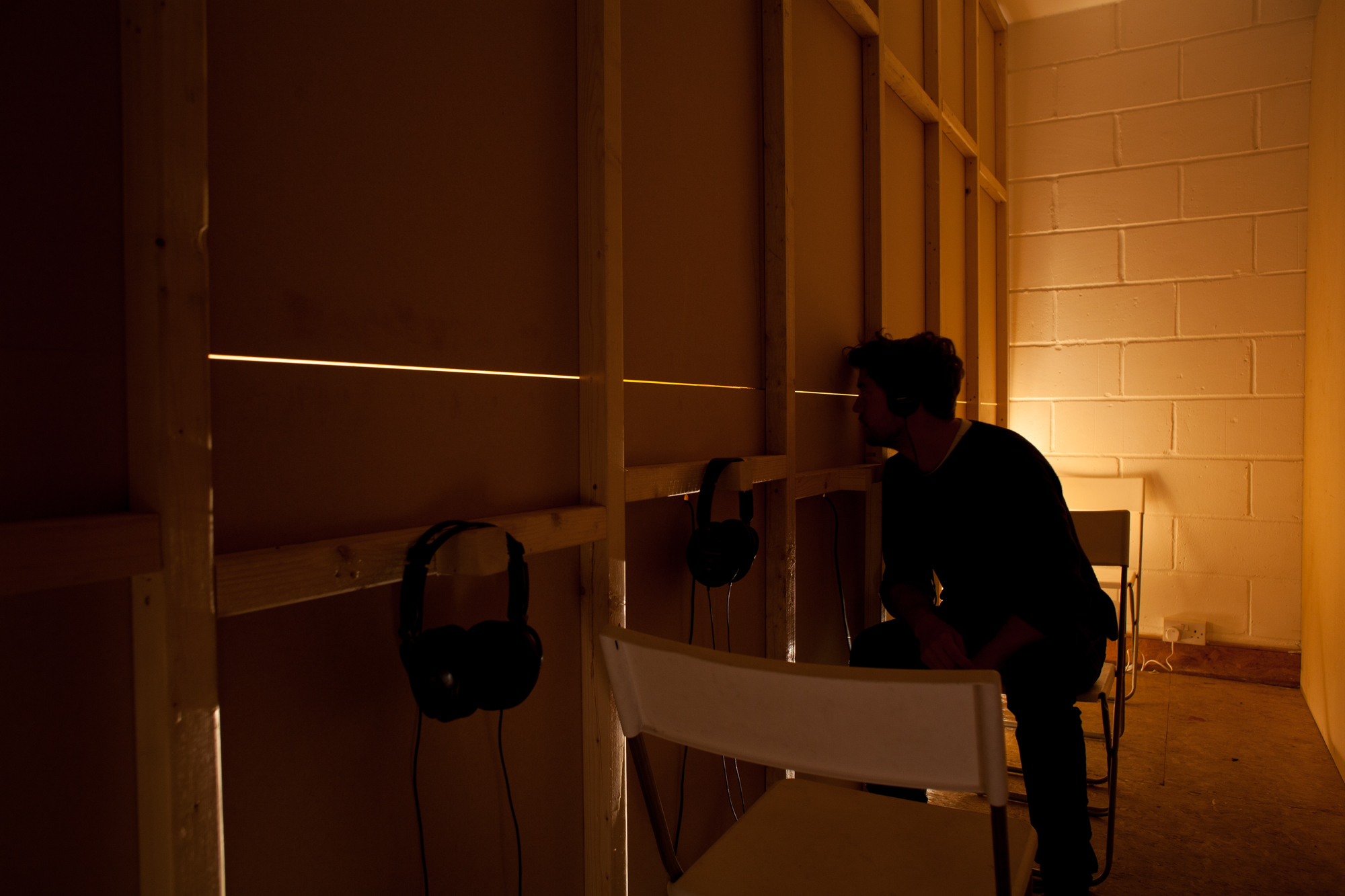 Using language to construct both real and fictional objects and spaces – glitches, obstructions, folds and dead ends – this exhibition features new work by four artists who use writing and spoken word as their primary media. Utilising language as a controlling device they shape content into diverse forms – sculpture, installation, an essay or an anecdote, video and voice, the self-consuming novel or pulp noir fiction. For each of these artists the use of language as material extends to the performative relation between writer and reader, where the reader is inculcated into the process through either private reading and listening or in live, public performance.

The Fabricator’s Tale, Katrina Palmer’s second book to be published with Book Works and partly written at Flat Time House, will be launched at the opening of Dr. Sinclair’s Drawer on Wednesday 8 October.

In addition to the exhibition, Book Works and Flat Time House in collaboration with the Hayward Gallery present an evening of readings and performance by Katrina Palmer, Samuel Hasler, Francesco Pedraglio and Sarah Tripp on Saturday 15 November at 5pm at the Hayward Gallery Project Space, Southbank Centre. Further details to be announced. 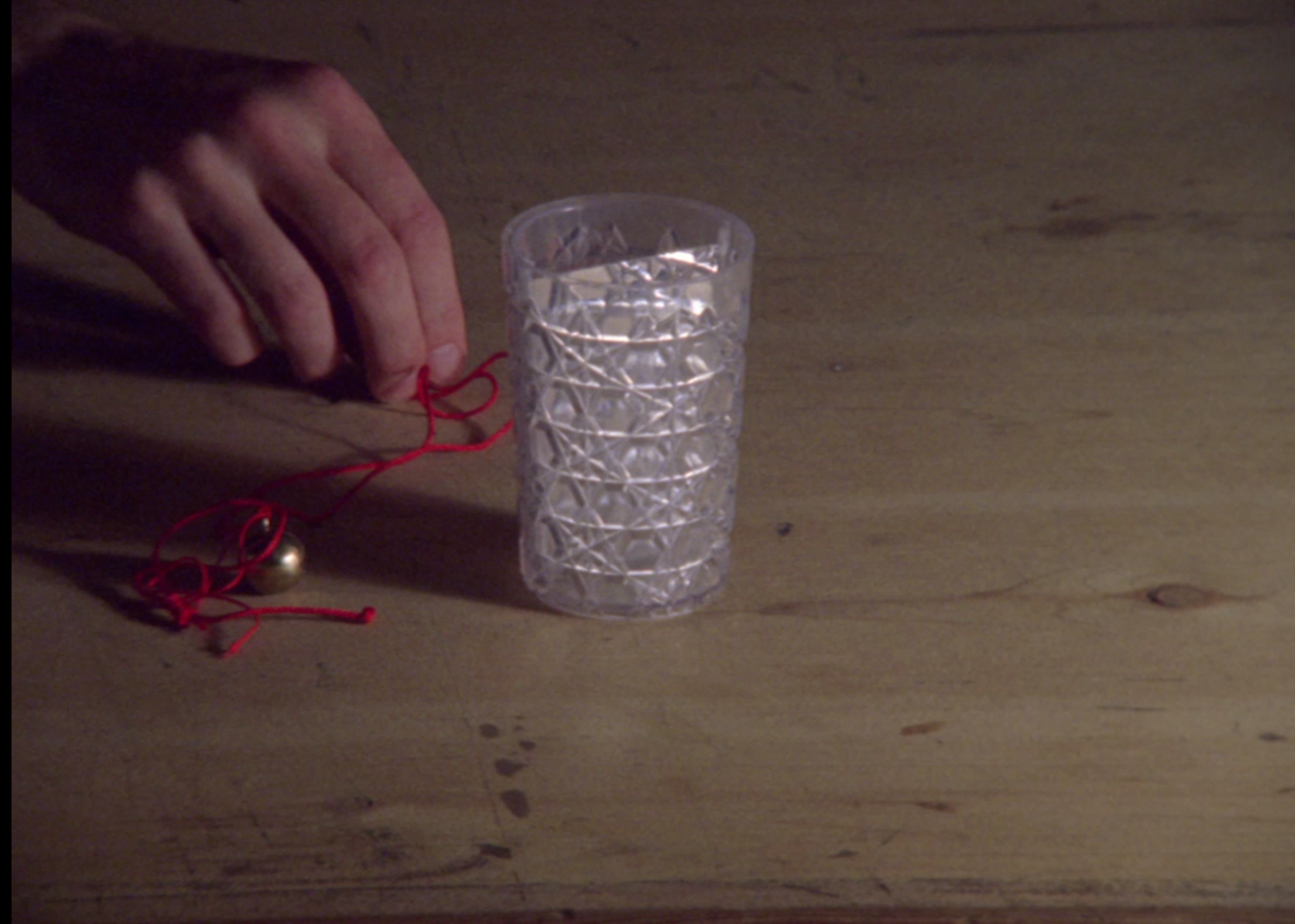 Samuel Hasler lives and works in Cardiff. His approach to making artwork is varied, and includes writing, performance, printmaking and installations. He has recently presented work with Book Works, the Whitstable Biennale, Spike Island and Arnolfini. O, A Prayer Book by Samuel Hasler was published by Book Works in March 2014.

Katrina Palmer is an artist and writer. Author of The Dark Object published by Book Works, 2010, she has performed at a number of galleries and has participated in numerous exhibitions, most recently: 21st Century, Chisenhale Gallery, London (2013); From Morn ‘Til Midnight, Supportico Lopez, Berlin (2013); Again, A Time Machine, Edinburgh Printmakers Gallery, Space Gallery, London and Torpedo Press, Oslo (2012); Reality Flickers, MOT International, London (solo: 2014) and forthcoming at The Henry Moore Institute (solo: 2015). She was awarded the Artangel Open Commission (2013). The Fabricator’s Tale by Katrina Palmeris to be published by Book Works in October 2014. 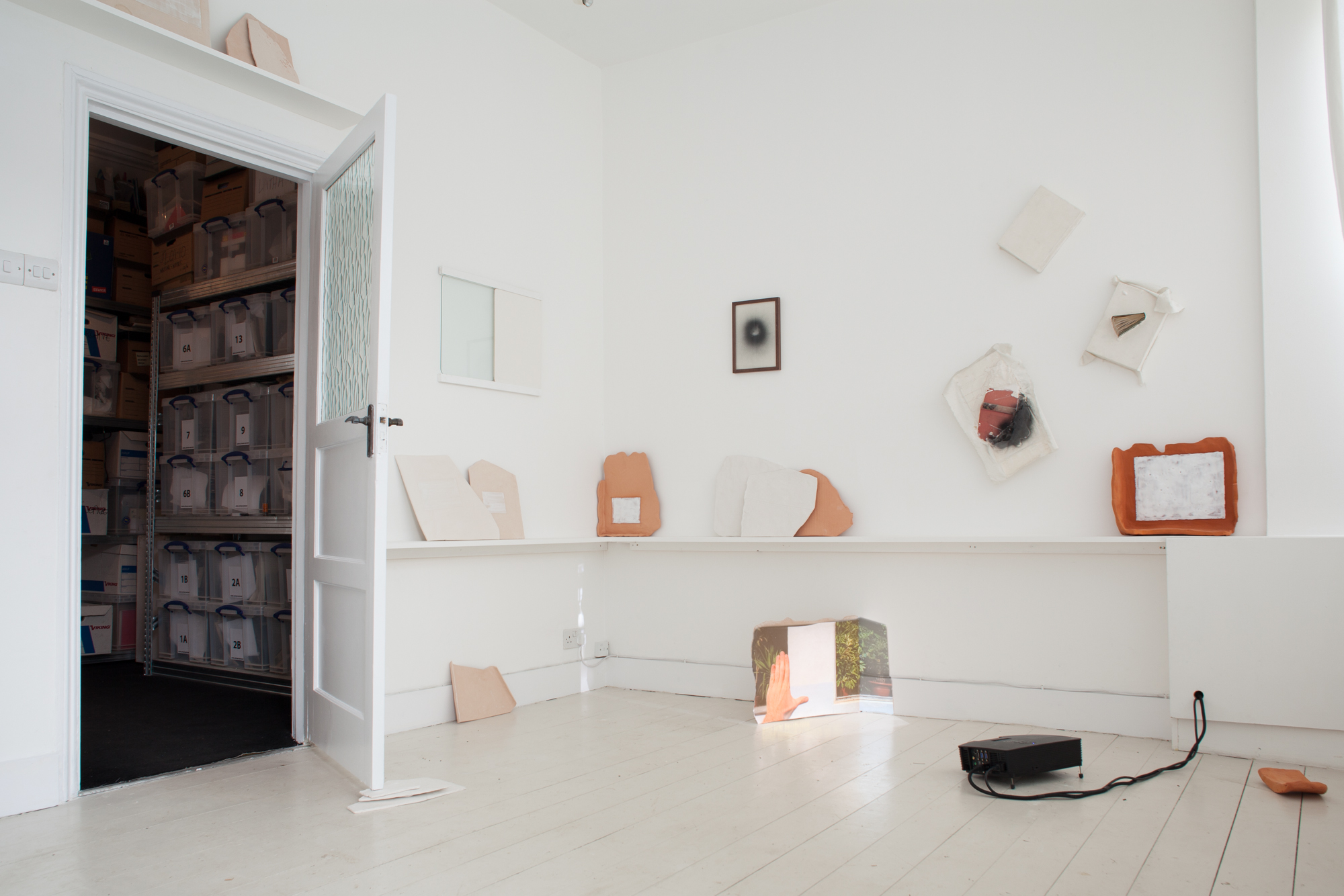 Francesco Pedraglio is an artist and writer. He was one of the founding directors of FormContent, a fellow of Henry Moore Institute, and recently the editor of The Time Machine, a series of experimental books published by Book Works. He is currently undertaking a residency in Mexico City. A man in a room spray painting a fly… (or at least trying to…) by Francesco Pedraglio was published by Book Works in July 2014. 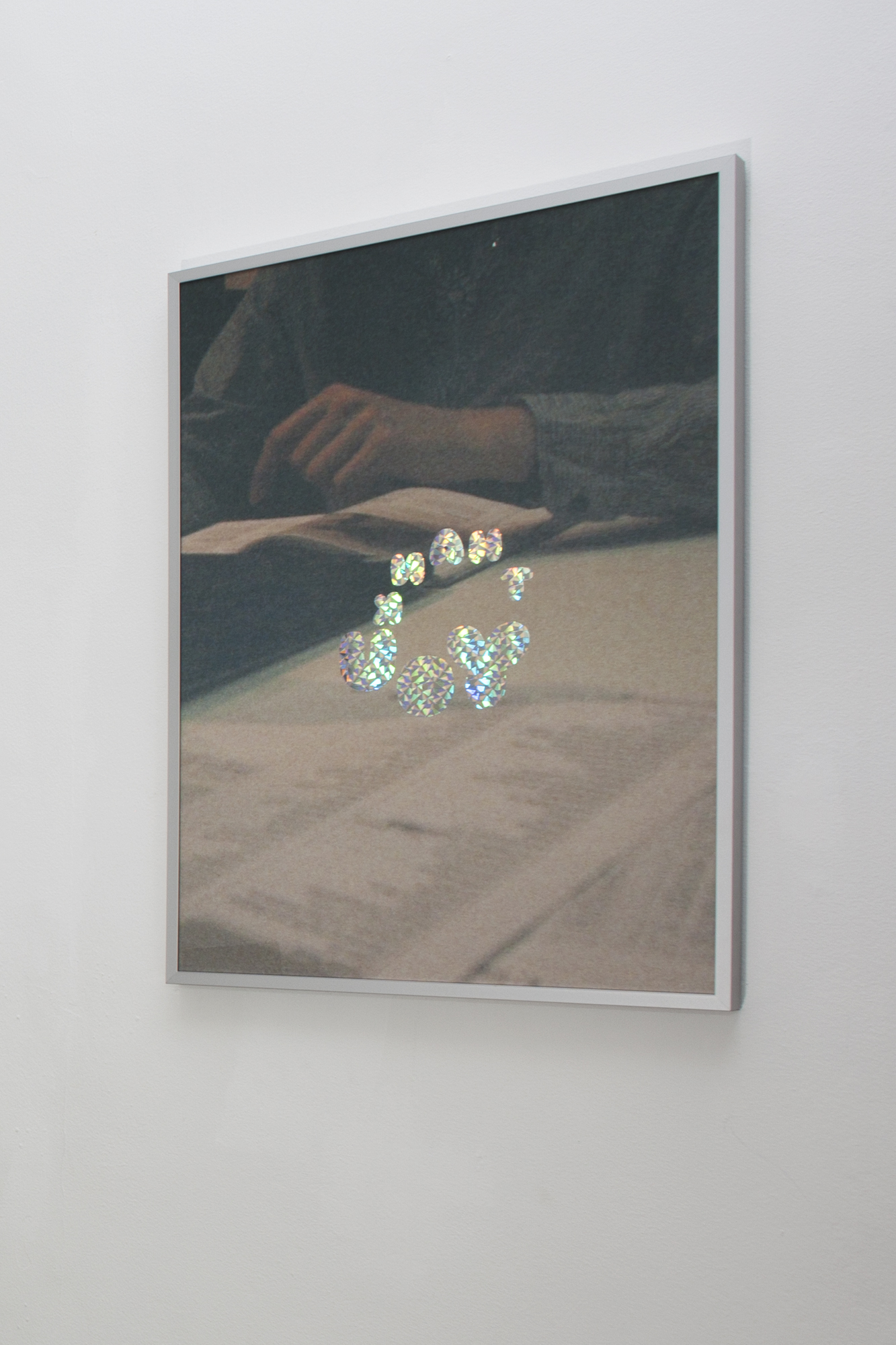 Sarah Tripp is an artist and writer. Her works include 24 stops, Camden Arts Centre, London; Swallowing Incoherence, Collective Gallery, Edinburgh; You Are Of Vital Importance To The Art Community, Centre for Contemporary Arts, Glasgow; Why I disappeared, Cove Park, Argyll and Bute and Why I Can’t Eat at Asia Style, 2HB, Glasgow. She co-produces the pamphlet Gnommero. Her work Aide-Memoires: ‘As if’ was published in What Am I? – The Happy Hypocrite, Issue 5, edited by Maria Fusco, published by Book Works, 2010. On Hearing My Name by Sarah Tripp isto be published by Book Works in November 2014.

WHY EDIT? APPROACHES TO EDITING IN INDEPENDENT ART PUBLISHING

This workshop will act as an introduction to the process of editing in relation to artists’ books, covering questions relating to both writing and images, collaborative writing practices, rules and protocol, grammar and the spoken word, as well as the more nitty-gritty issues regarding collating texts, images, captions, and proofing. 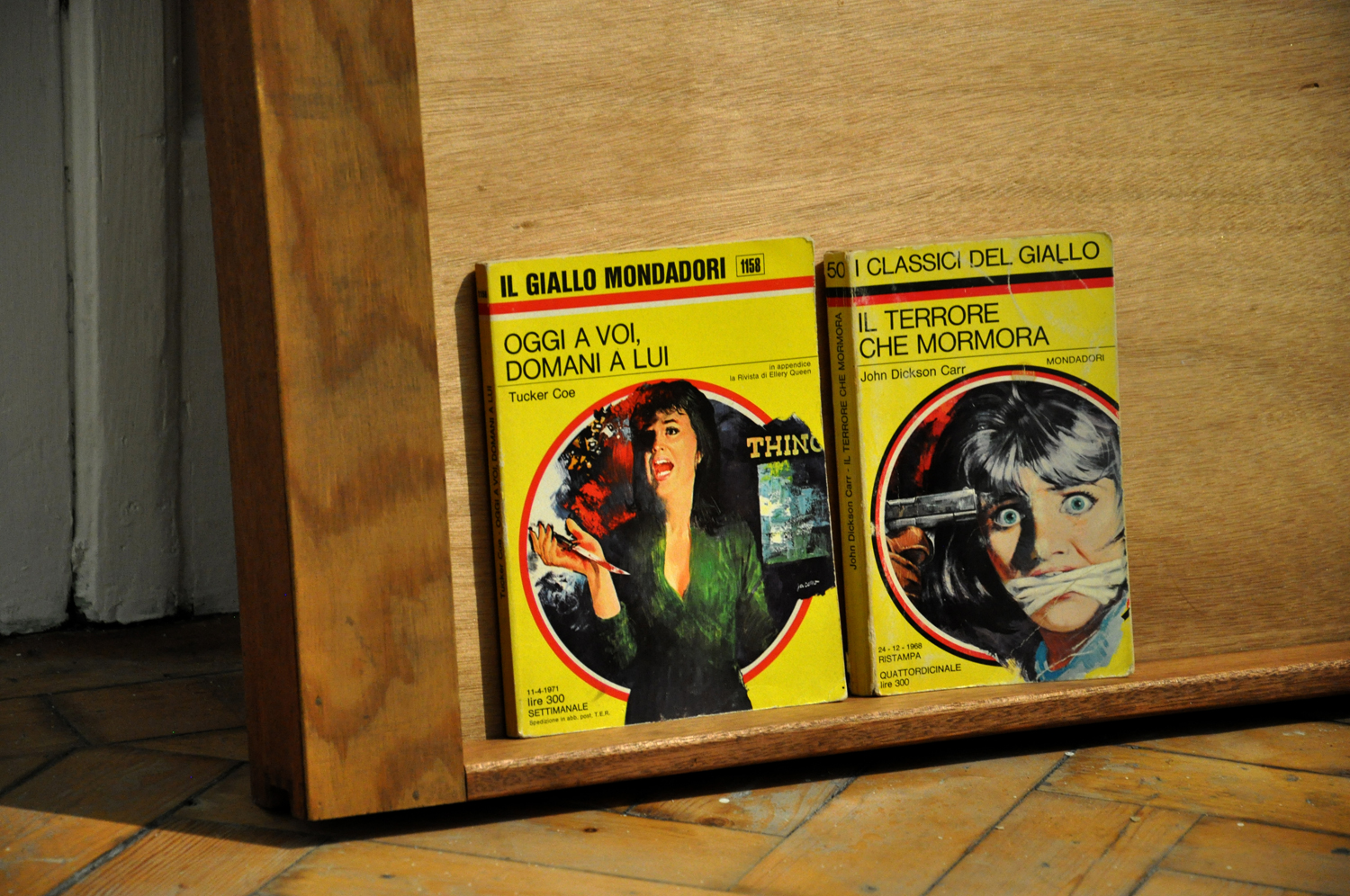