The Artist Placement Group (APG) was conceived by the artist Barbara Steveni (then Barbara Latham) in London in 1965. It was established a year later as Art Placement Group (Trust). Its founding artists working in the emergent fields of conceptual art and multi-media of that time were: Barry Flanagan, David Hall, John Latham, Anna Ridley and Jeffrey Shaw.

Steveni's original concept was to expand the reach of art and artists into commercial/industrial concerns, government agencies and organisations of all kinds, at all levels, including decision-making, and on a basis equivalent to any other engaged specialist.

Through conversations with Frank Martin, Head of Sculpture at St Martin's School of Art, and Sir Robert Adeane, industrialist and chairman of numerous companies, Steveni was encouraged to put this concept into action, leading to the development of APG's principles of practice and method of procedure, notably APG's insistence on an 'open brief' and the emphasis on 'context'. These principles, developed with APG's founding artists, formed the basis of Steveni's initial negotiations with organisations and of all subsequent placements to this day, both of the APG and its later manifestation, Organisation and Imagination (O + I). For further information see Kulturfurforschung text (1980) for the APG principles of operation.

Barbara Steveni's authorship of APG and her pivotal role within the development of artist placement has generally been obscured in historical records by the well-known work of John Latham, his undertaking of the APG Scottish Office placement, and by his particular individual overview and approach to language which he brought to much of the group's written output.

APG became a Company Limited by guarantee as the Artist Placement Group in 1970, following the Group's Industrial Negative Symposium at the Mermaid Theatre in 1968. At this point artists, industrialists and other specialists joined in various capacities as board members, trustees, associates, artists and specialists from other disciplines in order to channel the Group's approach to organisations. Artists who joined APG on placement at this time included Ian Breakwell, Stuart Brisley, Roger Coward, Hugh Davies, Andrew Dipper, Garth Evans, Leonard Hessing, George Levantis, Ian MacDonald Munro, David Toop, Marie Yates and Rolf and Ros Sachsse (Germany) amongst others.

The APG archive was purchased by the Tate Gallery in 2004. For more information see: here

An retrospective of the APG, The Individual and the Organisation: Artist Placement Group 1966-79, took place at Raven Row, London, from 27 September to 16 December 2012. The Raven Row website contains extensive infomation on APG including a timeline of activity which you can see: here 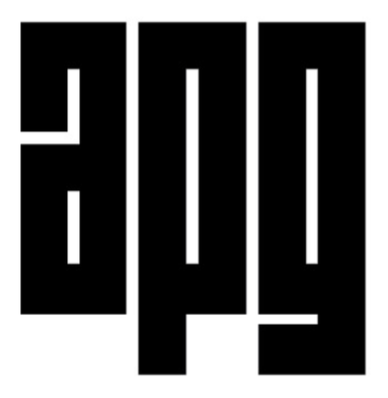