Join us at Flat Time House on the weekend of 2–3 October for the launch of our newly developed studios and research space, a new garden research project, and a special one off opportunity to view our archives and collections.

We are excited to announce the opening of new studios and a research space at Flat Time House with a weekend of events including a presentation of research into the FTHo garden by artists William Evans and Julia Crabtree with writer Alice Hattrick, and a presentation of research into FTHo's collection of John Latham artworks by Sean Ketteringham. There will also be an opportunity to view items from the newly catalogued John Latham collection of artworks, and newly rehoused photographs from the John Latham Archive. More information and timings to follow. 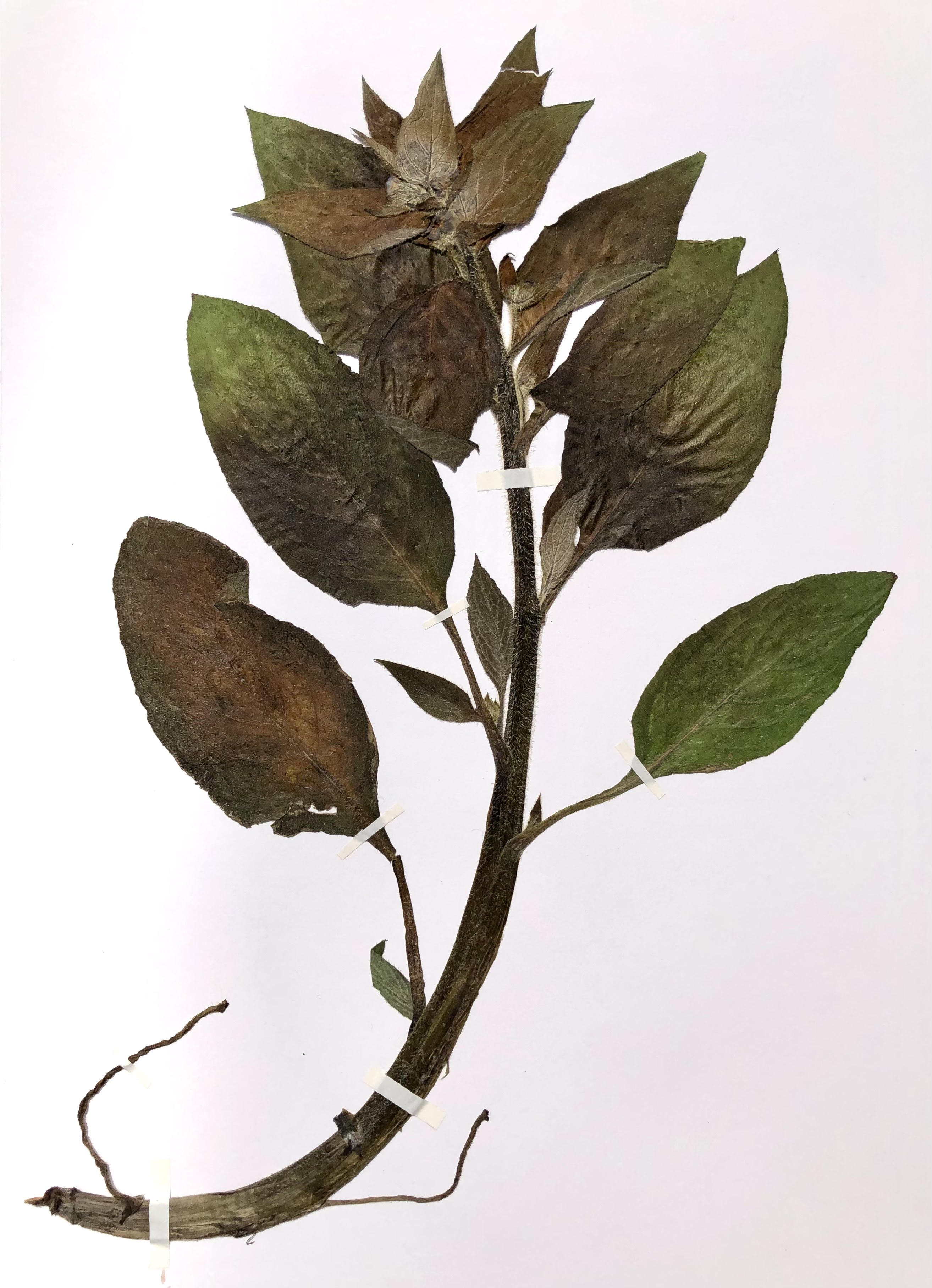 William Evans and Julia Crabtree in collaboration with Alice Hattrick are developing a major new project for Flat Time House’s garden. Over the past 6 months they have ‘excavated’ the John Latham archive, as well as the garden itself, to consider the conceptual and material aspects of the garden site. In his younger days Latham was a market gardener and his lifelong passion for gardening is demonstrated at FTHo by the integration of a conservatory for planting into the studio he built for himself in 1985. They will be sharing their research – which integrates permaculture, care, community, collective action, deep time, and issues of classification – as well as Latham's thinking on making and living, and his inquiry into time and ecology, to demonstrate the relationship of the garden and botany to authority and power.

Alice Hattrick is a writer based in London. Their first non-fiction book on illness, intimacy and mother-daughter relationships, titled ILL FEELINGS, will be published by Fitzcarraldo Editions in August 2021. Alice's essays, interviews and criticism have been published by The White Review, Frieze, Art Review and Rhizome among other publications, and included in Whitechapel Gallery’s Documents of Contemporary Art: HEALTH (edited by Bárbara Rodríguez Muñoz, 2020). Alice is also the co-producer of Access Docs for Artists, a resource for disabled and/or chronically ill practitioners, made in collaboration with artists Leah Clements and Lizzy Rose after a residency at Wysing Arts Centre, Cambridgeshire. They were named on The Innovator’s List for 2020 (Artnet Intelligence Report) for their work on the resource. Alice teaches on Critical Practice in Fashion Media at London College of Fashion.

Julia and William recently collaborated with Alice on Mine Searching Yours, a collaborative artist publication published by Forma (2020). The title of their contribution, ‘A particularly pernicious weed’, was borrowed from a text written by Richard Hamilton on John Latham.

As part of the open weekend items from the collection of John Latham’s artworks housed at Flat Time House will be on display in a new research space situated within Flat Time House’s art store. This space has been developed by AHRC funded researcher Sean Ketteringham to allow greater access to the materials by both researchers and artists. Sean will present his research into how the cataloguing and storage process relates to Latham’s ideas of knowledge and confusion, destruction, authority, community, and landscape, and how discuss how this cataloguing has built upon earlier creative archival responses to the John Latham Archive.

Also on display will be photographic material from the John Latham archive which have been digitised and catalogued by Flat Time House archives assistant Sarah Millet, making them accessible for the first time. This project was funded by Art360 with additional support from the John Latham Foundation.

Sean Ketteringham is completing his doctorate at the University of Oxford in the Faculty of English. His research investigates the writing of modern architecture in England between 1914 and 1948 and its relationship with national identity and imperial decline. As a collaborative project with the National Trust, his thesis has a particular focus on domestic space and notions of heritage. Having studied at the Courtauld, he has since published work on David Bomberg, Duncan Grant, and Vanessa Bell, with forthcoming writing on Frederick Etchells and Le Corbusier. He is a recipient of an AHRC doctoral studentship and is a visiting scholar at the Harry Ransom Centre, University of Texas in 2021.

Sarah Millet is a Canadian curator and archivist based in London, who has worked as Archives Assistant at Flat Time House since 2018. Sarah studied BA in Art History at Nova Scotia College of Art and Design and MA Curating and Collections at Chelsea College of Art where her research specialised in decolonization of museum collections. Prior to FTHo she worked on the exhibition programmes at Chelsea Space and Camberwell Space. 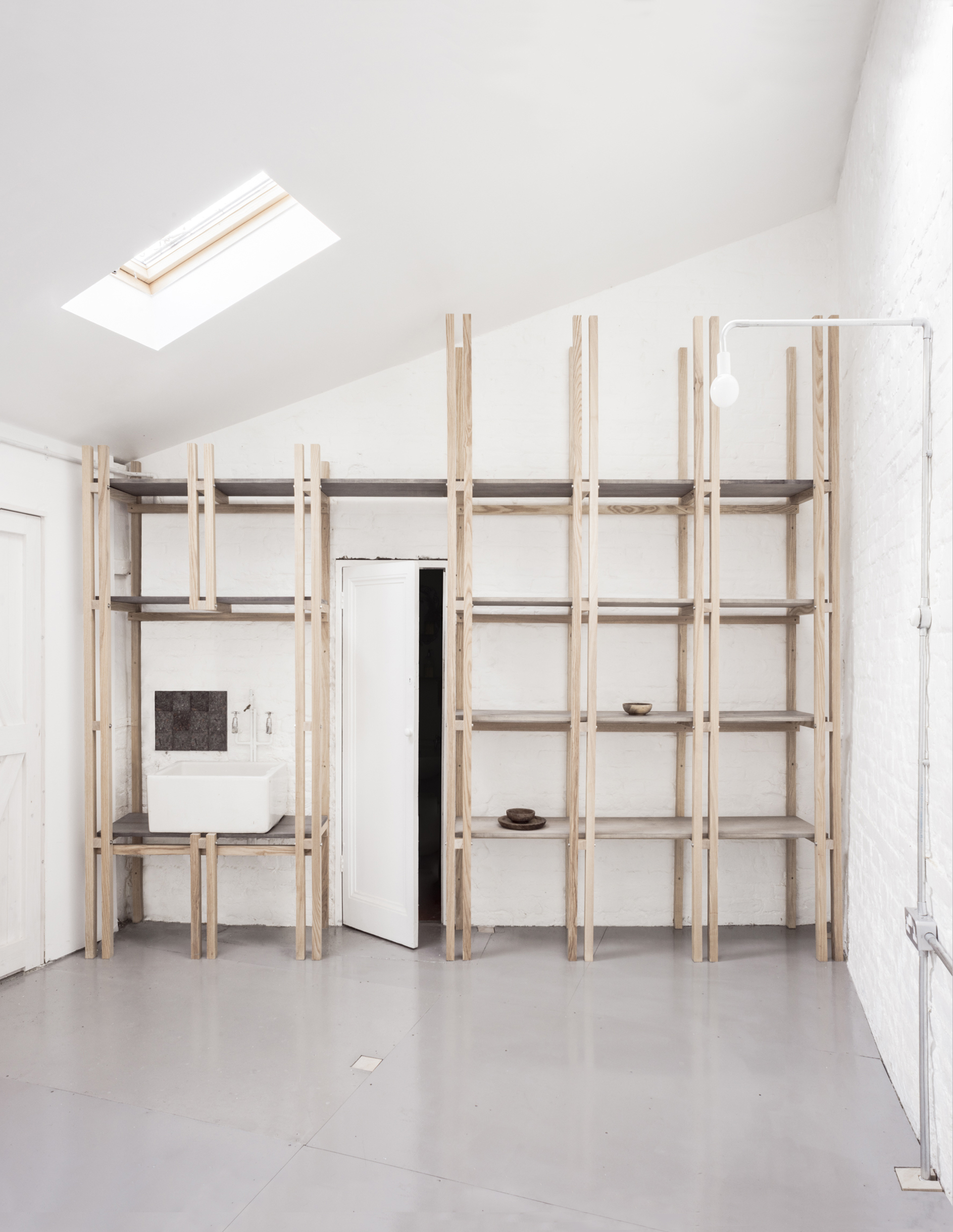 We are excited to announce the completion of an ambitious new development of the Flat Time House site including new studios and research space. Flat Time House has worked with EBBA Architects to renovate the institution’s outbuildings, which comprise a former Victorian stable and a garage space attached to the building and leading to FTHo’s garden. The stable now comprises an artwork store with space for viewing the FTHo permanent collection of John Latham artworks, and a new multi-use artist’s studio space. Future planned phases of development include landscaping integrated into a newly commissioned artist’s garden for FTHo.

EBBA Architects are a London-based architecture and design practice with a passion for constructing high quality, materially conscious and socially engaged spaces. Founded in 2017 by Director Benni Allan, MArch PGDip ARB, EBBA Architects have been recognised for delivering thoughtful projects across diverse scales and sectors bringing value and creative direction through a design-driven and experimental process. As well as the phased development of Flat Time House, other recent projects include the renovation of St John at Hackney Church and a public project to design a construction skills centre on the Olympic park. They have previously worked with institutions throughout the UK, Europe and Asia including, Tate Modern, the National Portrait Gallery, Bold Tendencies, the Roundhouse and the V&A.

We are grateful to the John Latham Foundation, Dino and Ernesta Santarelli Foundation and those who wish to remain anonymous for support of this project.