NOIT is a creative journal published by Flat Time House. Comprising new writing and visual contributions, NOIT explores the theoretical concerns and artwork of John Latham (1921–2006), and their continued relevance.

The fourth edition, NOIT—4 Reflections, is dedicated to writing by Noa Latham on his father’s art and ideas. It provides one of the most comprehensive overviews of John Latham’s cosmology printed to date and combines a decades long critical investigation into his father’s work with intimate account of their time together.

NOIT — 4 Reflections is accompanied by a selection of material collated by Noa Latham. The website postings are divided into three sections – interactions, exhibition contributions and short essays.

The materials posted here accompany the essays published in NOIT—4. Together they form a collection of writings about John Latham’s art and ideas from my per- spective as his son and as a philosophy professor. They fall into three groups. First there are the interactions, consisting of correspondence and early pieces I wrote for him. Next there are contributions made for exhibitions, all composed after his death on January 1, 2006. These are overviews that serve as standalone pieces that do not presuppose any previous acquaintance with John’s work. Finally there are what I am calling “Short essays”. These currently consist of three short pieces that I cut out of NOIT—4 to present as appendices. Unlike those NOIT—4 essays that are now set in stone, I intend these essays to be revisable, and I may add some new ones here in the future. 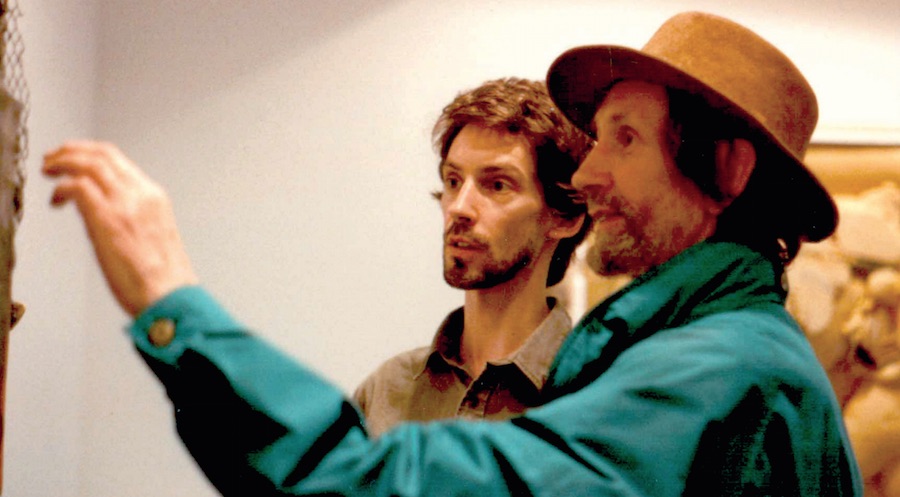 Some Theoretical/Practical Points for Consideration (c. 1990)

The Influence of Gregory and Kohsen Ian Munro’s Interpretation

NOIT—4 Reflections begins with a Memoir that serves as a framework for the other contents. This starts out with sporadic childhood memories and then turns to a more sustained discussion of Noa’s growing involvement with his father’s ideas and their contrasting approaches as artist and philosopher. The second essay, Story of the RIO, is an account of one of Latham’s central works and its connections with all the main themes of his worldview. It also traces the history of this work and tries to solve a mystery about its title. The third and longest essay provides an interpretation and critical reflections on Latham’s ideas about media and his worldview, pointing to ways in which these ideas can be discerned in his art.

Lastly, there is a transcription of a taped conversation from 1981 that provides details of Latham’s early work and the transitions he made from oil painting to spray painting to assemblage, to film, and beyond. In addition to these essays the publication is linked to further materials that can be found on the FTHo website.

Noa Latham, son of John Latham and Barbara Steveni, was born in 1952. He studied mathematics, music and philosophy, and moved to the US in 1981. He is currently Associate Professor of philosophy at the University of Calgary. He writes on fundamentality, space and time, laws of nature, causation, the mind-body problem, consciousness, free will, and meditation.

NOIT is a creative journal published by Flat Time House. The title of the journal, NOIT comes from Latham’s reversal of the suffix ‘-tion’ which transforms verbs into nouns. Its inversion ‘noit’ suggests a transformation of nouns into verbs, a shift from talk about objects to talk about events. ‘Noit’ can also be read as ‘no it’, the sign of an activity that ‘defies its own definition by denying the validity of any given definition’ (John Latham, 1970).