Visions and Visionaries opening on the 11th December at Guildhall Art Gallery presents John Latham alongside a host of other visionary artists. included are Sir John Gilbert’s depiction of two knights ambushed by fairies in a moon-lit forest, Marcello Pecchioli’s ‘Alien Priest’, and John Latham’s experimental screen print, NO IT, 1967. These works are presented together alongside work by Edward Burne-Jones, currently, the subject of a major exhibition at Tate Britain; Dante Gabriel Rossetti; John Everett Millais; and Turner Prize-winning ceramicist, Grayson Perry. 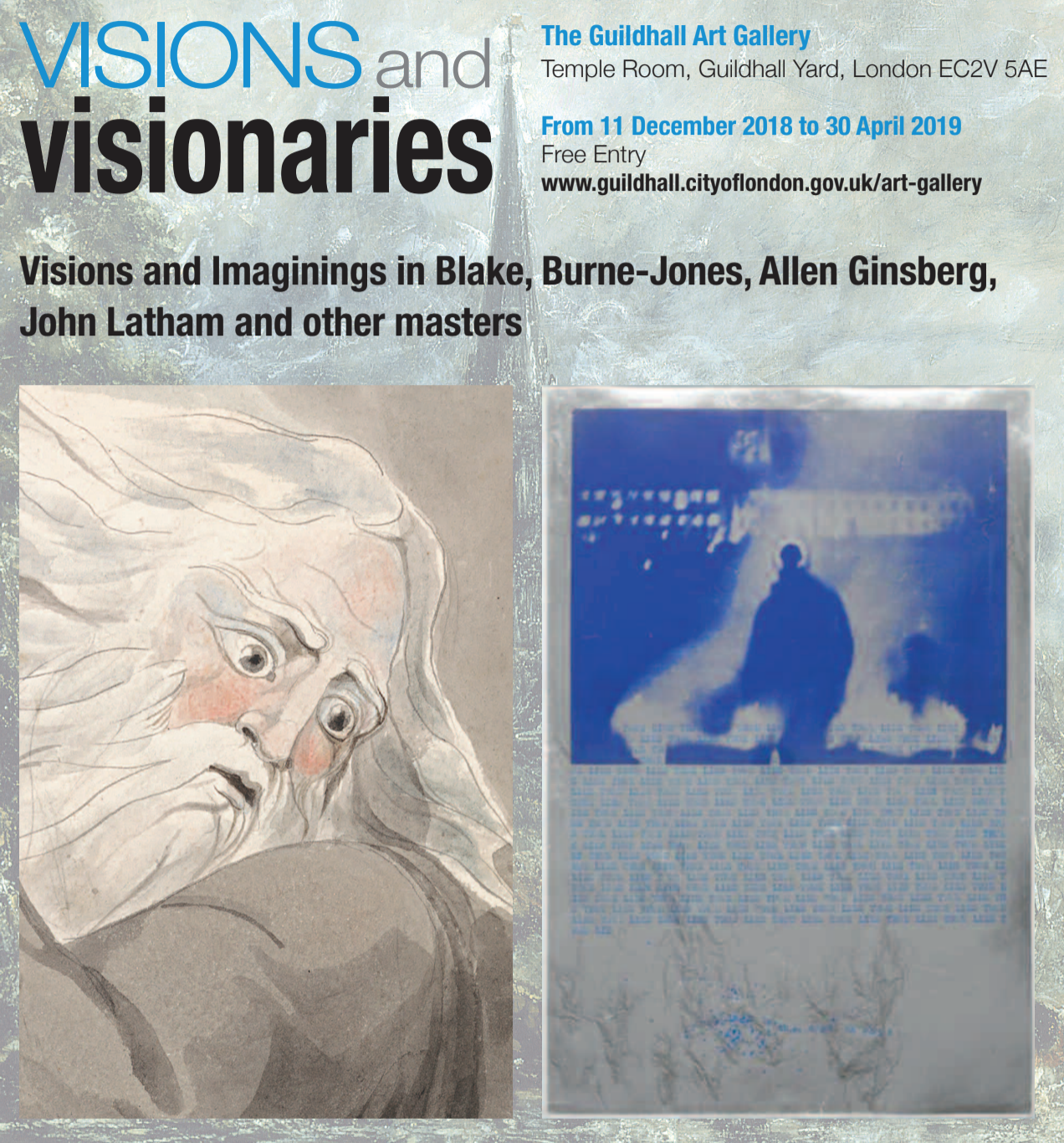 The gallery’s Mezzanine will show two important sculptures by John Latham and contemporary works by artists from the Association Age of Future, including Marcello Pecchioli’s startling stained glass window.

The intimate Temple Room will be dominated by Sir John Gilbert’s The Enchanted Forest; Burne-Jones’ St Agnes and St Dorothy; and a series of 25 drawings by Blake to illustrate two poems by Thomas Gray, The Bard and The Fatal Sisters.

The exhibition highlights some of the figures that defined the "Visionary" idea in art – i.e. artists who laid the foundations for a later, avant-garde, and more liberated generation, which drew from these works and were inspired to find new forms in their art and poetry.

Visions and Visionaries is a collaboration between the City of London Corporation’s Guildhall Art Gallery, The Sir Denis Mahon Charitable Trust, Flat Time House, and the Bologna-based, Association Age of Future.

The exhibition will be accompanied by a catalogue published by The Sir Denis Mahon Charitable Trust and The Burlington Magazine.

“Visions and Visionaries, which has been generously supported by The Sir Denis Mahon Charitable Trust, will undoubtedly be as visually arresting as it is thought-provoking, so my colleagues and I at Guildhall are looking forward to viewing the exhibition.

“’Visions and Visionaries’ will feature work by artists who create dream-worlds inspired by myths and legends to offer a new perspective to Guildhall Art Gallery’s collection.

“Bringing together significant and rarely-displayed pieces by major artists, some of whom may challenge visitors’ perceptions of ‘visionary’, the unique exhibition focuses on a particularly restless period of the nineteenth century, and also includes some engaging contemporary art works.”

“We are proud to support this exhibition and pay homage to one of the most sublime minds who was able to unite the spirit and intuition with a "vision" which was never unreal.

“This man was Sir Denis Mahon, whose intense studies and passion gave him the opportunity to discover and rediscover artists whom we thought were lost and works that we thought were missing.

“To pay tribute to him is an attempt to render immortal the mind of a man whose life has been an example to many.”

“Flat Time House, which was John Latham’s home, is a short walk away from Peckham Rye, the location of William Blake’s revelatory vision of the ‘burning bush’.

“Latham was also a visionary for a very different time, encouraging society to take a more intuitive, less divided, view of the world through his decades-long cosmological investigations.

“We are delighted to support Latham’s involvement in this exhibition among the company of such prophetic and insightful artists.”

“Our scientific and artistic ‘Age of Future’ team reconnect research with possibilities of making art and, with the advent of artificial intelligence and robotics, we seem to be on the verge on an unprecedented conceptual revolution.

“Our exhibitions are presented, essentially, as “a sort of Techno-age parallel to the Middle Ages"”.

The City of London Corporation, which owns and manages Guildhall Art Gallery, invests over £100m every year in heritage and cultural activities of all kinds. It is the UK’s largest funder of cultural activities after the government, the BBC, and Heritage Lottery Fund.

The City Corporation is also developing Culture Mile with its four core partners - the Barbican, Guildhall School of Music & Drama, London Symphony Orchestra, and Museum of London - between Farringdon and Moorgate – a multi-million-pound investment which will create a new cultural and creative destination for London over the next 10 to 15 years. This includes £110m funding to support the Museum of London’s move to West Smithfield and £2.5m to support the detailed business case for the proposed Centre for Music. 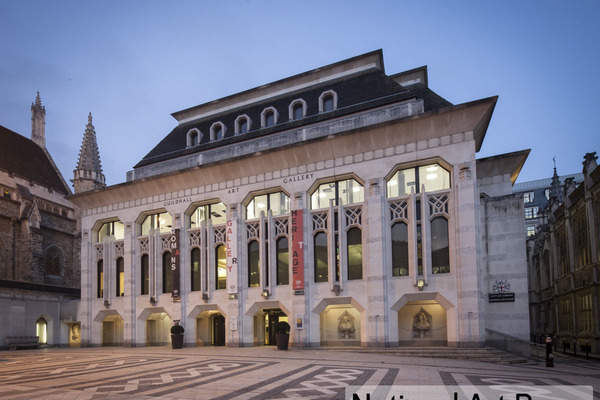 The Gallery is fully accessible.

The Gallery shows a changing display of about 250 artworks from its collection of paintings, drawings and sculpture, in addition to a programme of temporary exhibitions. The Gallery is also responsible for significant works of art held elsewhere including the monuments in the Guildhall, statues in the Old Bailey and further sculptures and the Harold Samuel Collection of 17th Century Dutch and Flemish Paintings at Mansion House, the Lord Mayor's residence.