VISIONARIES AND THE ART OF PERFORMANCE
62nd Festival of Two Worlds, Spoleto, Italy

For the first time Flat Time House is contributing to a display of works by John Latham at the 62nd Festival of Two Worlds, Spoleto, Italy.

The Sir Denis Mahon Charitable Trust, in collaboration with Flat Time House, Richard Saltoun, Ulay Foundation and Age of Future, present 'Visionaries and the Art of Performance', previously on display at Guildhall Art Gallery in London (11 December 2018 – 30 April 2019). Through the work of several artists, the exhibition suggests that visionary qualities are not exclusive to one period or personality, but they are enduring characteristics of artistic creativity.

The exhibition includes work by John Latham, Edward Coley Burne-Jones, William Blake and ULAY amongst others. 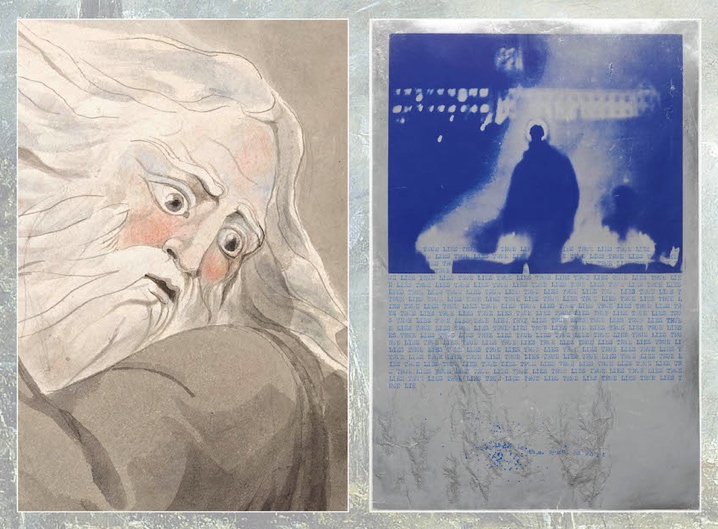 The art of William Blake (1757-1827) is inseparable from the strict rationalism of the Enlightenment period from which it emerged. His imaginative, mystical prints draw from poetry, Christianity, and a reawakening of mythology in British art. One generation later comes another featured artist, the Pre-Raphaelite visionary Edward Coley Burne-Jones (1833-1898). He too strives for a sense of divinity in his work; stained-glass is an inherently ecclesiastical medium, and his work for a number of churches reinforces his symbolist vision. Later, John Latham (1921-2006) would look to the cosmos and theoretical physics to reach the transcendence that Blake and Burne-Jones achieved through religion.

It is appropriate that, as this exhibition migrates from London to Spoleto, it should incorporate several new artists. ULAY (b.1943), a visionary of twentieth-century performance art, will feature alongside those mentioned already. Following his work with photography, he pioneered a visceral approach to performance and body art, experimenting with emotional relationships, physical pain and cinematography. His ongoing work extends into the present day, and, alongside a collection of artists from 'Age of Future', should provide a contemporary example of what it means to be visionary in the twenty-first century.

A subtle thread links this exhibition to Spoleto. Sir Denis Mahon and Gian Carlo Menotti were not only similar in their generosity and philanthropism, but also in their love of opera. It is recorded that the two great men had met in person and, though Sir Denis is best known for his academic contribution to 17th century Italian painting, his passion for opera should not go unnoticed.

The Sir Denis Mahon Charitable Trust was created by Sir Denis in his lifetime. It aims to continue Sir Denis's philanthropic work, his art historical research and his passionate promotion of young scholars. It promotes his art collection and lifelong work and studies to the general public, organises exhibitions, supports museums, and also endows two annual prizes for young scholars and artists.