In addition to the John Latham archive, Flat Time House is home to a collection of John Latham artwork which until now has never been the subject of sustained investigation. A new research space for these items is currently being developed by AHRC funded researcher Sean Ketteringham to allow greater access to the materials by both education groups and artists. The cataloguing of the collection will build upon the experimental structure of the John Latham Archive. The creative archival methodologies we employ explore how cataloguing and storage processes relate to Latham’s ideas of knowledge and confusion, destruction, authority, community, and landscape. 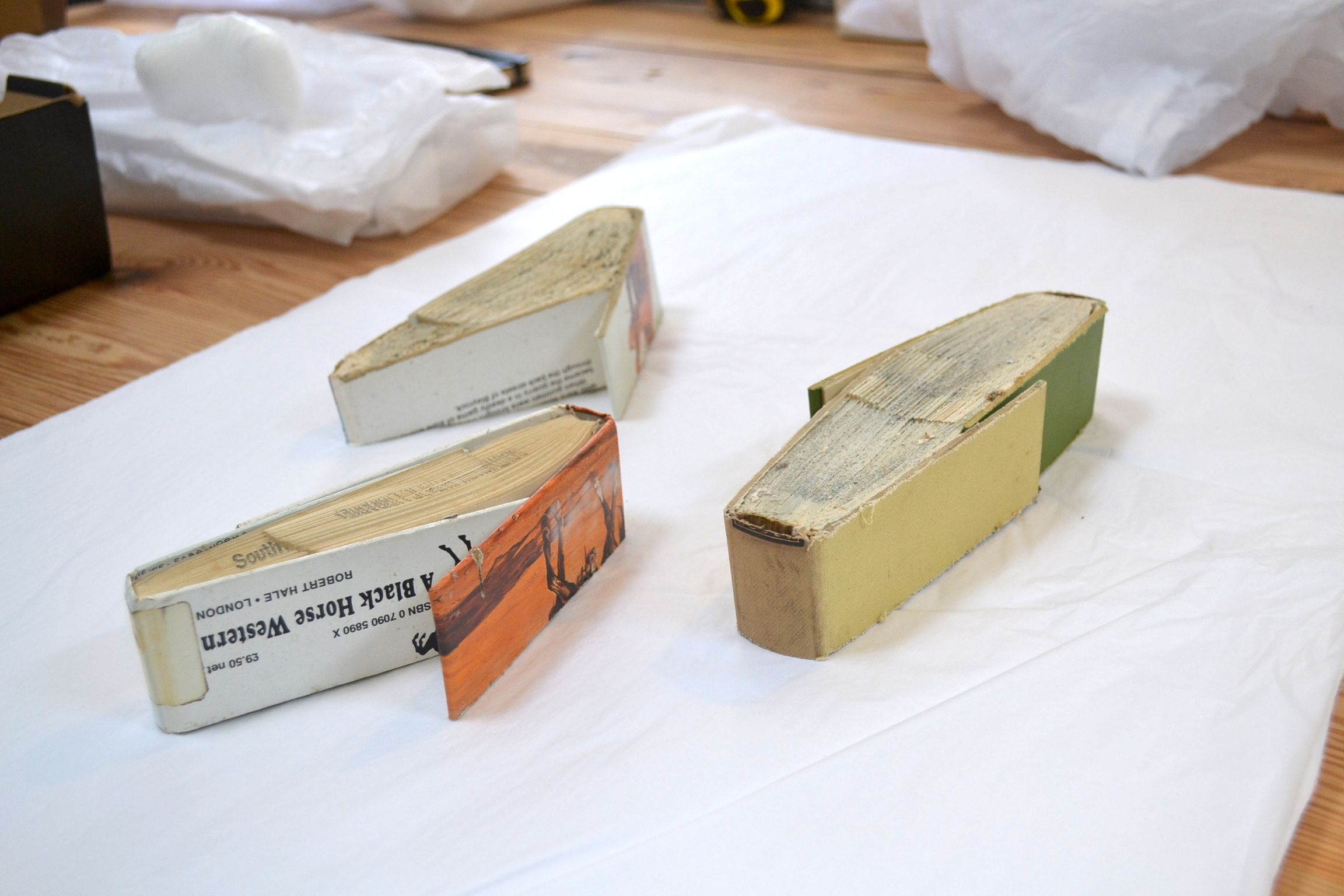 Sean Ketteringham is completing his doctorate at the University of Oxford in the Faculty of English. His research investigates the writing of modern architecture in England between 1914 and 1948 and its relationship with national identity and imperial decline. As a collaborative project with the National Trust, his thesis has a particular focus on domestic space and notions of heritage. Having studied at the Courtauld, he has since published work on David Bomberg, Duncan Grant, and Vanessa Bell, with forthcoming writing on Frederick Etchells and Le Corbusier. He is a recipient of an AHRC doctoral studentship and is a visiting scholar at the Harry Ransom Centre, University of Texas in 2021.

We would like to thank the John Latham Foundation and the University of Oxford for the support of this work.