There will be changing displays at FTHo throughout this period, as works come in and out of the house for conservation by Helen Foster Spragge. 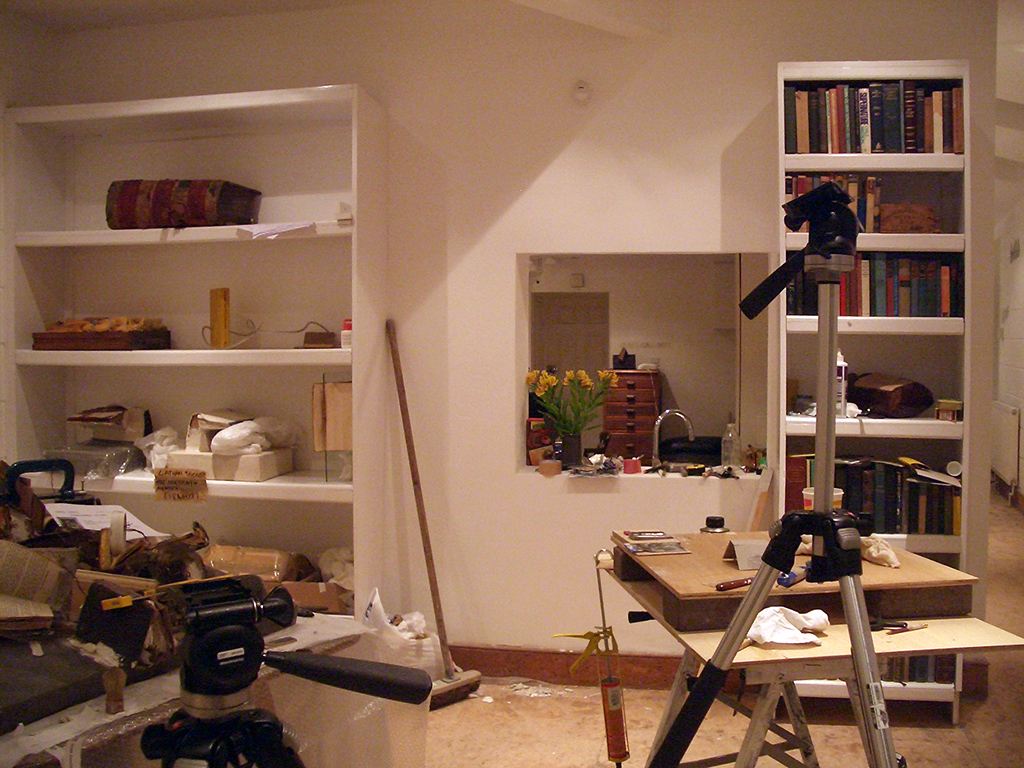 This is an opportunity to conserve damaged works which have not been exhibited for some considerable time. It returns the Hand to its original function as studio.

Latham sometimes talked about the great glut of books, unread, uncared for, which pile up in libraries, second hand bookshops and such. In this work, such anonymous books are literally piled high and obscured from view. This work relates to a series of Skoob Tower performances or actions that Latham made between 1964 - 1967. Skoob is books spelt backwards. Rectangular towers were made by placing discarded books (law books, encyclopedias, art books) open at right angles to each other. They were then slowly incinerated or exploded. The Skoob towers, as well as the book-reliefs and sculptures using books, caused some controversy at the time of making. Latham's intentions were muddled by many critics with notions of the destruction of knowledge. In fact, through destroying books, Latham hoped to highlight their role in stifling original or intuitive thought, and their inefficiency in conveying knowledge and truth.