Mary Hurrell's 2 (Aerial) is the second part of a project, produced in collaboration between Kunstraum and Flat Time House, which maps changes in state of an amorphous body. The trilogy is conceived as one choreography stretched over time and space. Time is used as a material in Hurrell's work, acting as a counterbalance to movement, a force of friction or fluidity to form.

Having departed from resistant, glacial motion and crystallized forms in 1 (Pitch), 2 (Aerial) moves to a lower viscosity. The dominant materials in 2 (Aerial) – glass and rubber – share characteristics of conversion; structures between solid and liquid states. The transition between states is expressed through sound, video and choreography. The recorded voice stretches into an elongated soundscape, mapping an intangible body. Glass sculptures rest suspended in space; melding the conflicting characteristics of weight and transparency. States of intimacy and distance collapse and conjoin as the cyclical movement of two projected bodies fuse together.

Hurrell's project follows on from a research residency at Flat Time House in London and the performance 1 (Pitch), organized by Fluent, held at Centro Botin, Santander, Spain. The Cycle will conclude with an event at Flat Time House on 28 April. 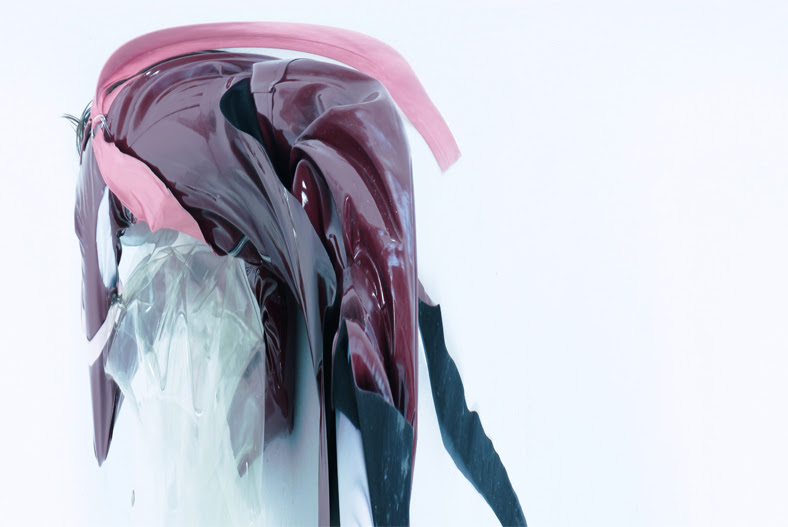 Mary Hurrell (b.1982 South Africa) makes work where object making, choreography and sound production perform a similar function; to explore movement and the body as a language, communicating on a pre-linguistic and physical level. She is interested in the embodiment of these perceptual and sensory languages as well as unpacking paradoxical dualities within ideas of the feminine.