Films made within two years of the first moon landing by Ian Breakwell & Mike Leggett, David Lamelas and John Latham.

These three films, made within two years of the Apollo 11 landing by artists who were pioneers in the development of conceptual art in Britain, capture a contemporary fascination on the part of artists and public alike with the events and imagery of space exploration. At the same time, they continually return us to the concerns of everyday life on earth. A satellite event of the exhibition 'Earth-Moon-Earth' (Djanogly Gallery, University of Nottingham, 20 June - 9 August), presented in collaboration with Flat Time House, John Latham's home in Peckham, the films are introduced by the exhibition's curators, Nicholas Alfrey and Joy Sleeman who will be joined in conversation by the artist David Lamelas. 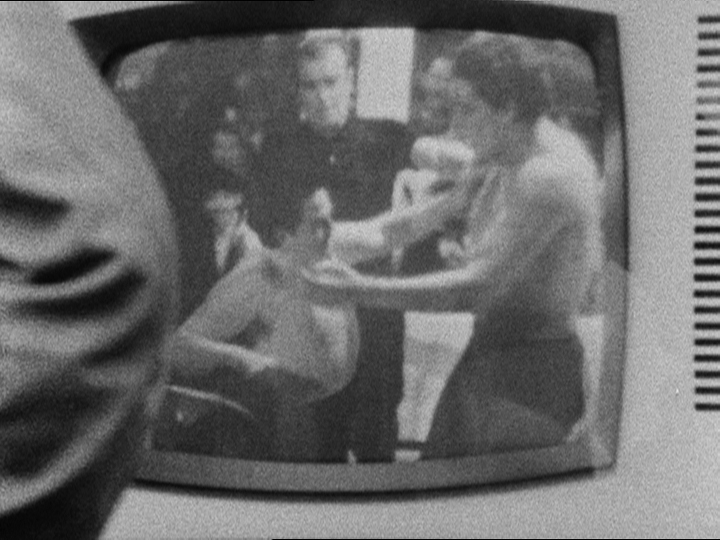 David Lamelas A Study of Relationships between Inner and Outer Space (1969) 20', 16mm. Courtesy the artist and LUX, London.

David Lamelas' A Study of Relationships between Inner and Outer Space was made for the exhibition 'Environments Reversal' at Camden Arts Centre and was on show there during the Apollo 11 mission in July 1969. The film begins with an analytical investigation of the architecture of the gallery and interviews with gallery staff - a gallery manager, a guard, a clerk - revealing some of the structure and hierarchies within the institution. In the second part of the film, the focus shifts to the environment outside the gallery, the city and its infrastructure, its transport and weather systems. Finally, these ever increasing circles take us out onto the street, where passers by are quizzed about 'the most important subject according to the mass media of information, on the 21st May, between 5 and 7 pm, time when the interviews were filmed.' That subject happens to be the Apollo 10 lunar probe, the final 'rehearsal' for the moon landing in July. The interviewees respond to questions about their expectations for the forthcoming lunar landings, specifically their feelings about the idea of a man on the moon. 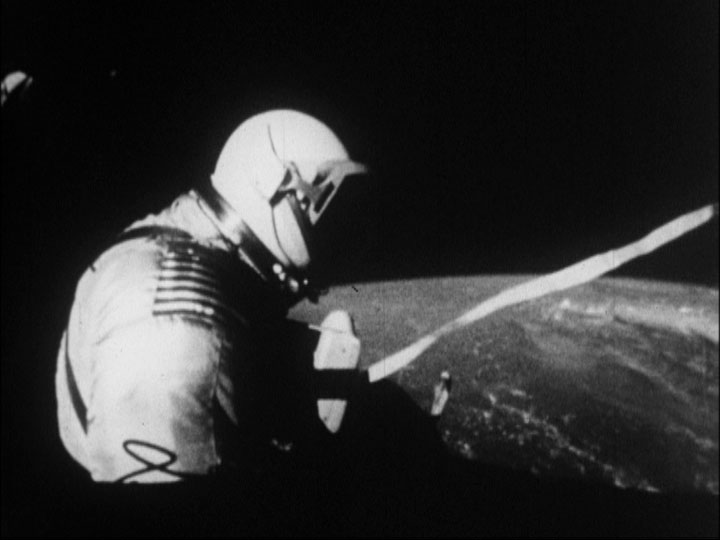 Ian Breakwell and Mike Leggett's One documents a performance by Breakwell at the Angela Flowers Gallery on 10th February 1971, celebrating the gallery's first anniversary. The performance was filmed with Leggett on 16mm film and digitally reconstructed by him in 2003. The event coincided with the Apollo 14, third manned mission to the moon. Throughout an eight-hour 'working day', a group of labourers shovel dirt in a room on the second floor of the gallery. Each labourer stands before his own pile of dirt and work begins, shoveling from one pile to the next in a continuous circle. The activity was simultaneously broadcast via CCTV to a monitor in the gallery's street level window. As the day went on and the original piles merged into a layer of mud on the gallery floor, the live footage struck a striking resemblance to that being fed back from the moon, drawing the attention, and confusion, of several passers by. Over the footage, is a soundtrack spoken by Breakwell, in which he takes each part in a conversation about different kinds of employment, drawing a parallel between the quotidian, and futile labour in the gallery and the seemingly more glamorous and extraordinary labour on the moon. At the end of the day's activity, the workers stop to rest, exhausted, and celebrate the birthday with cake and a song. 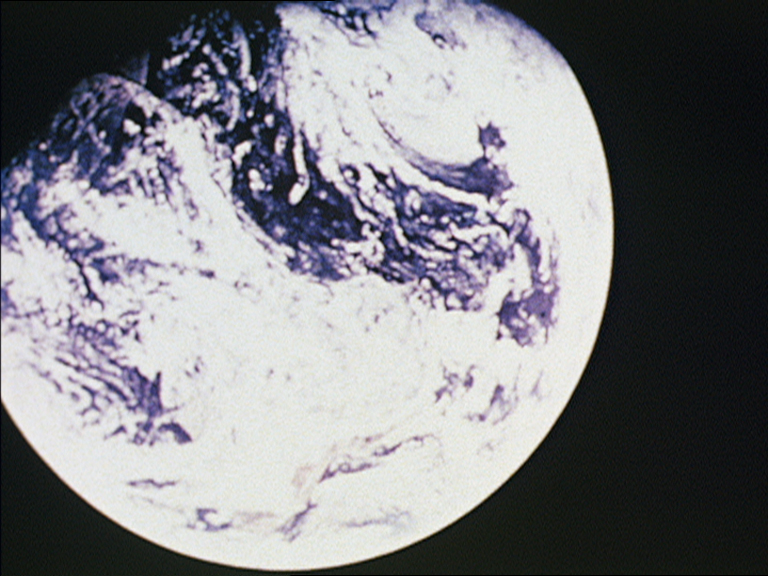 John Latham's film, Erth, is a visual countdown of the age of the universe, through time and space, to the surface of the earth. Latham was fascinated by the photographs of the earth that were being returned from the first space missions. From their great distance, these images described the perspective which Latham felt was necessary to perceive our temporary habitation of the planet in relation to what he called the 'whole event', the Universe. Periods of silent black space are punctuated by momentary glimpses of the earth, getting closer as the film rolls. As the camera zooms in, there is a change of pace when an entire volume of the Encyclopedia Britannica flickers past, frame-by-frame. The encyclopedia stands in as representative of our accumulated knowledge as a race, but the acceleration and obfuscation of the text alludes to the difficulties in processing or 'taking on' knowledge received in this form. For Latham, knowledge of the past could not be relied upon to solve the problems of the present, including destruction of the planets ecological systems. In the final frames of Erth a blurred figure is seen in the landscape, a representative of the "brilliant streptococcus organism for which no antidote exists" (JL).