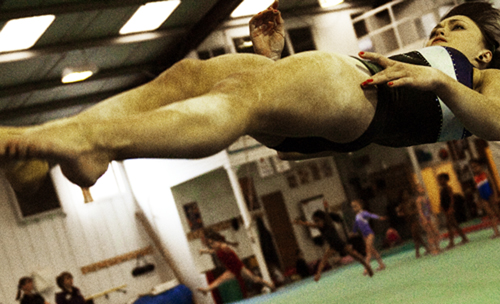 Alongside Simon and Tom Bloor’s Residency Works, which focuses on the unintentional artistic acts that occur in urban environments, this roundtable discussion will look at a very different approach to the placing of art in a public context.

The event will assess the presence of the visual arts in the cultural programming of London 2012 and Glasgow 2014, looking at the effects of recent cultural policy-making in this area upon what was, and is being, actualised. Wider questions to be addressed include the power imbalance between mega-sporting events and the arts in the production of accompanying cultural programmes; celebratory tones within such programmes; and what aspects of the cultural programming from London 2012 and Glasgow 2014 are acting as a blueprint for future events. Presentations from each of the guest speakers – Jo Longhurst, Beatriz Garcia and Rebecca Gordon-Nesbitt – will be followed by a Q&A discussion.

Organised in collaboration with Birkbeck School of Arts.

Jo Longhurst is an artist based in London and a professor of photography and fine art at the Birmingham School of Art. In 2008, Longhurst graduated from the Royal College of Art, London, with a practice-led PhD and came to prominence with ‘The Refusal,’ a solo exhibition curated by Ute Eskildsen at the Museum Folkwang, Essen, Germany. In the same year she was selected for Bloomberg New Contemporaries by Richard Billingham, Ceal Floyer, and Ken Lum; won a Pavilion Commission for new work hosted by the National Media Museum, Bradford, UK; and was awarded a Leverhulme Fellowship to support the development of a new body of work, ‘Other Spaces.’ She has exhibited internationally in many art galleries and museums including ‘Present,’ Sporobole, Quebec; ‘Other Spaces,’ Mostyn, Llandudno; ‘The Worldly House,’ dOCUMENTA (13), Kassel; ‘Artists’ Symposium on Perfection,’ Whitechapel Gallery, London, UK; ‘Photography in Britain since 2000,’ Krakow, Poland; ‘Cocker Spaniel and Other Tools for International Understanding,’ Kunsthalle zu Kiel, Germany; ‘Becoming Animal, Becoming Human,’ NGBK, Berlin, Germany; and ‘Future Face,’ National Museum of Natural Science, Taichung, Taiwan.

Publications include ‘The Refusal,’ Steidl, 2008; ‘Other Spaces,’ Cornerhouse, 2012, ‘On Perfection’ (ed), University of Chicago Press, 2013. In 2012 she was artist in residence at the Art Gallery of Ontario, Toronto, Canada, where she was awarded the Grange Prize (now the AIMIA/ AGO Photography Prize).

Beatriz Garcia is Head of Research at the Institute of Cultural Capital, a strategic research collaboration between the University of Liverpool and Liverpool John Moores University.  She has managed and delivered projects in culture-led regeneration, first working on the Sydney 2000 Olympic cultural programme, then studying the legacy of the Glasgow 1990 European City of Culture and most recently directing the Impacts 08 research framework on the multiple impacts of Liverpool 2008 European Capital of Culture. From Sydney onwards, she has conducted primary research at every Olympic Games – Winter and Summer – as well as a range of European Capitals of Culture and Commonwealth Games, funded by such organisations as the British Academy, the UK Arts and Humanities Research Council, the UK Social and Economic Research Council, the Universities China Committee in London, the London Organising Committee for the Olympic Games, the European Commission, the European Parliament and the International Olympic Committee.

Garcia was in charge of the main legacy evaluation programme for the London 2012 Cultural Olympiad, and also informed Scotland’s transition towards the Glasgow 2014 Commonwealth Games cultural programme. She is currently completing a review of the long term effects of the European Capital of Culture programme for the European Parliament.

Rebecca Gordon-Nesbitt organised her last exhibition at apexart in New York City on the eve of the Iraq war, having worked for a decade as a curator of contemporary art in the UK, Ireland and the Nordic countries. Since then, she has focused her work on research exploring the impact of cultural policy upon creative practice. This has led her to chart the various waves of privatisation that have beset the cultural field in the UK, and to go in search of alternatives in the aftermath of the Cuban Revolution.

Gordon-Nesbitt studied History of Art at the Courtauld Institute of Art in London, before working as a curator and writer on contemporary art. With Maria Lind and Hans Ulrich Obrist she established salon3, a space for international exchange in London in 1998 and, two years later, was appointed as a curator at the Nordic Institute for Contemporary Art in Helsinki. Since the early 2000s her investigative work across cultural and academic fields has led her to take on research positions with institutions including the University of Edinburgh and CCA Derry. She was editor of Make: the magazine of women’s art, and her texts have appeared in a range of publications from Critique Journal of Socialist Theory and the International Journal of Cultural Policy to Mute and Variant. Recently she has been involved in research into the small-scale visual arts sector in the UK, with the London-based group Common Practice. She is currently working with Arts for Health at Manchester Metropolitan University, undertaking research as part of the AHRC's Cultural Value Project into the relationship between cultural participation and long-term health outcomes.